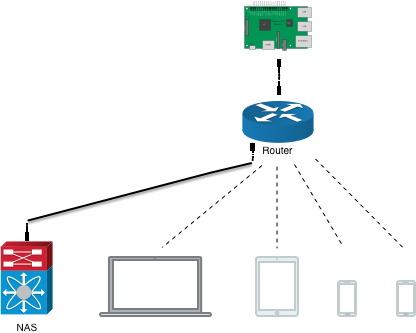 Okay, today I want to share and record my last weekend story, like the title, Install OpenWrt on Raspberry Pi (Firmware: OpenWrt/LEDE 17.0.4) as the entry point router in front of my current home wifi router. As we know there are a lot of similar articles on the web, but most of them are unclear, I follow the procedure but failed, so I write it up again :)

Follow me to see the whole story and check it out how to setup a router step by step. (To see the actual setup steps, start from section ##Preparation)

Sunshine is great, and life is peace until …… my router suddenly refused me to ssh into it… lol

The story began at last Wednesday afternoon, I received a notification email from Synology, it reported my NAS lost the connection. I thought it may due to random ISP outage, but when I got home that evening, all the things became weird, I could only access internet partially, and from the router page, all the settings seems to be reset to a stage very long time ago, and I even cannot ssh to it .. oh my !! .. !!!

Re-flash the router will entirely clear the inter hard drive, and I have to spend a lot of efforts to back them up. So last weekend, I realized I need a powerful/stable and flexible router instead of it, and for the firmware, I prefer OpenWrt , it’s open source, secure and flexible. Ok, here are the goals of my new router:

Took those goals, I random searched from web to see which router matches it:

Seems all these are not good enough, I found that in the home wifi system, two routers would be better than one:

Since for the wifi part, the powerful router may install the special/customized hardware and requires the close source driver, so OpenWrt usually could not support it very well or some unstable issues. That means let it run on the original firmware and deliver the best wifi performance should be a good choice. Then, my Raspberry Pi 1B came to me, I totally forgot this little guy for a long time, it almost matched all the requirements, the only problem was that it only had one Ethernet port, but router needs two at least. Well, we need to buy a usb-ethernet adapter to get the job done.

I went to Fry’s directly, since I really need it at that day, didn’t want to wait for the delivery. 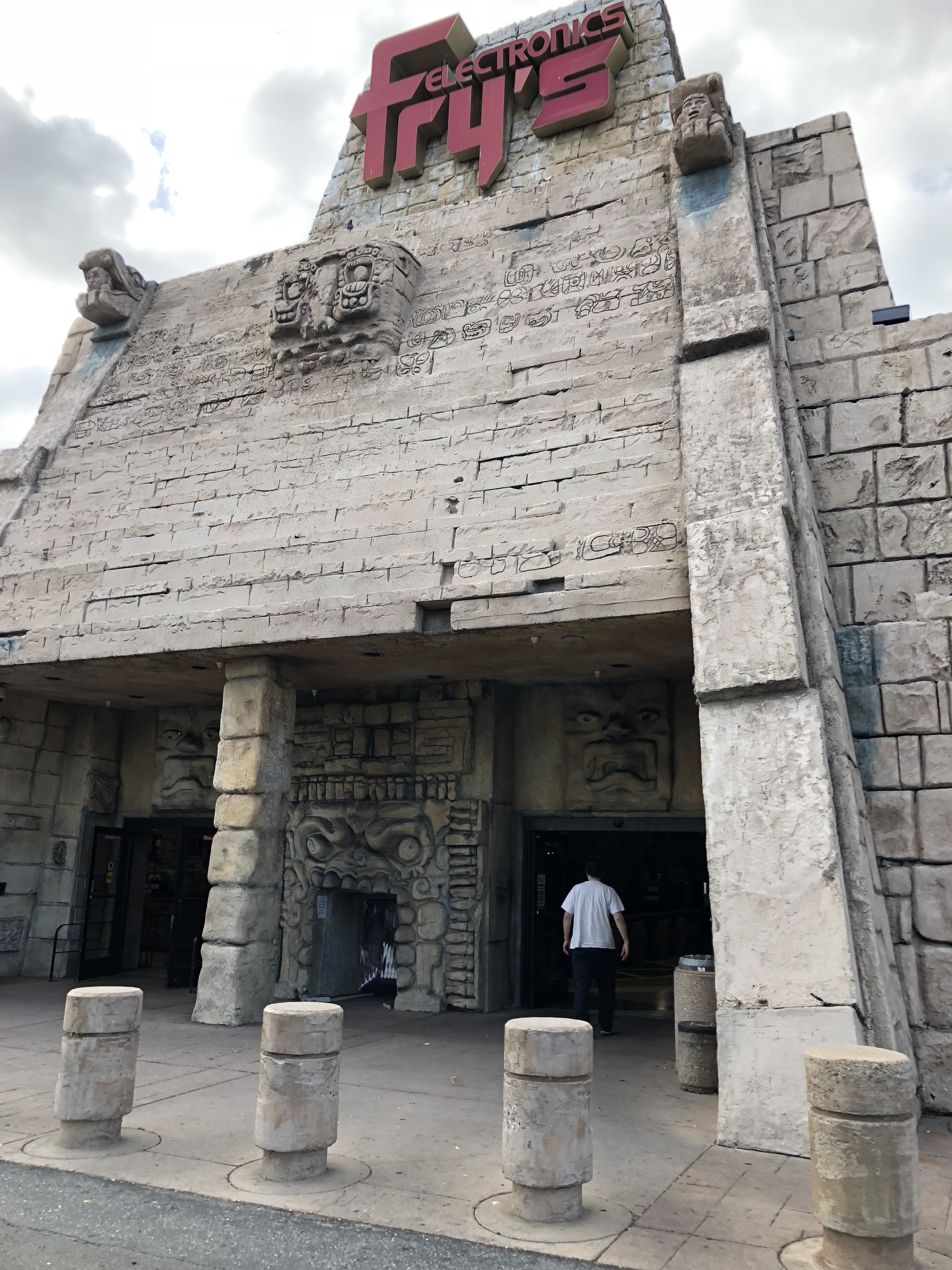 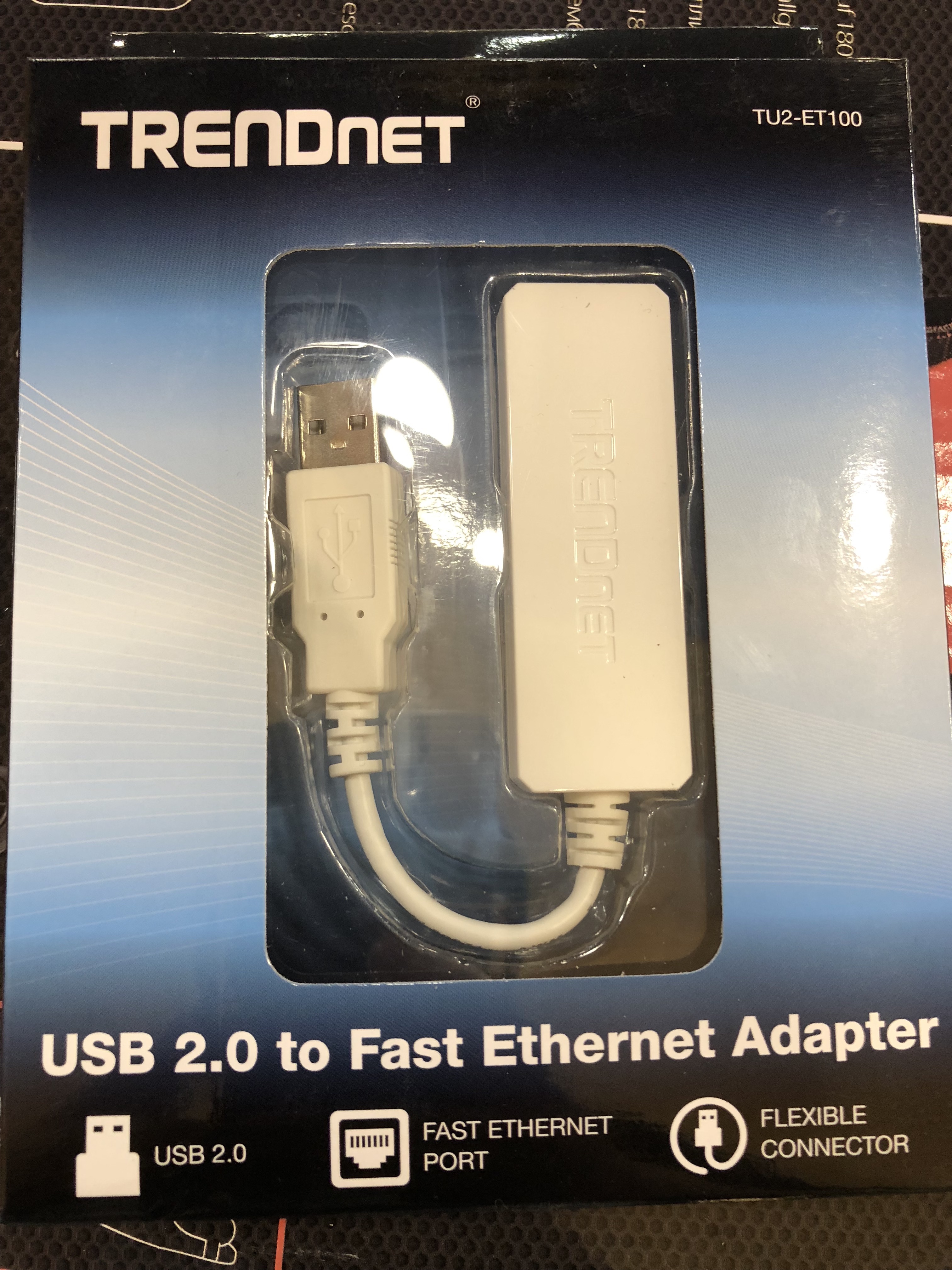 Everything is all set, from here, let’s go directly – set it up, and make it works. Stuff list:

Notes: There is a Pi compatible usb-ethernet adapter list, suggest to buy one from the list, otherwise, it may not works well with Pi/OpenWrt. I brought TrendNet TU2-ET100, a usb 2.0 adapter. And the setup/test plan is:

Let’s see the topology before and after first:

I group all the small steps into 4 major steps. Btw, I use MacOS as the desktop OS.

Notes: To determine the right dev node, we can run mount to check the result. 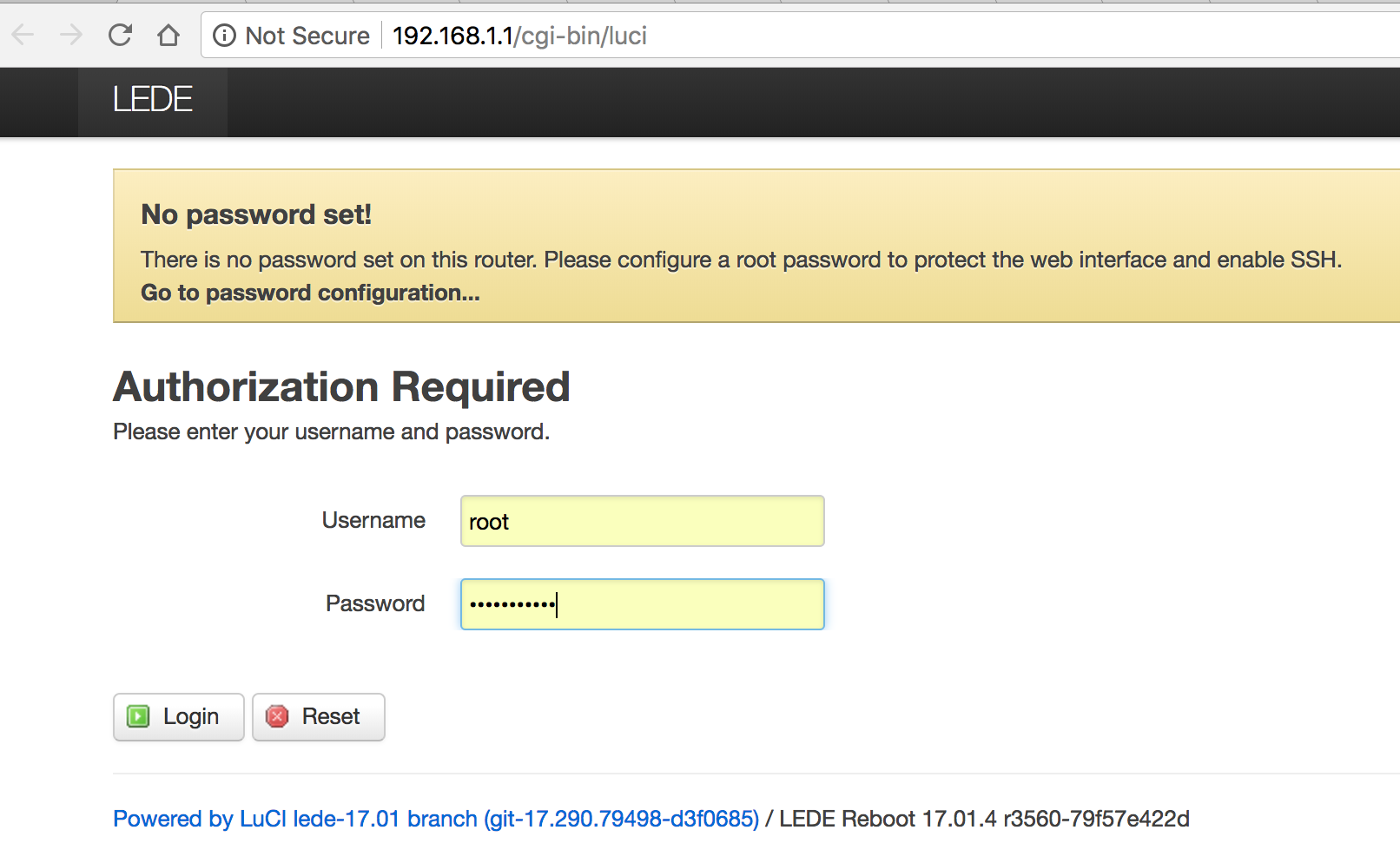 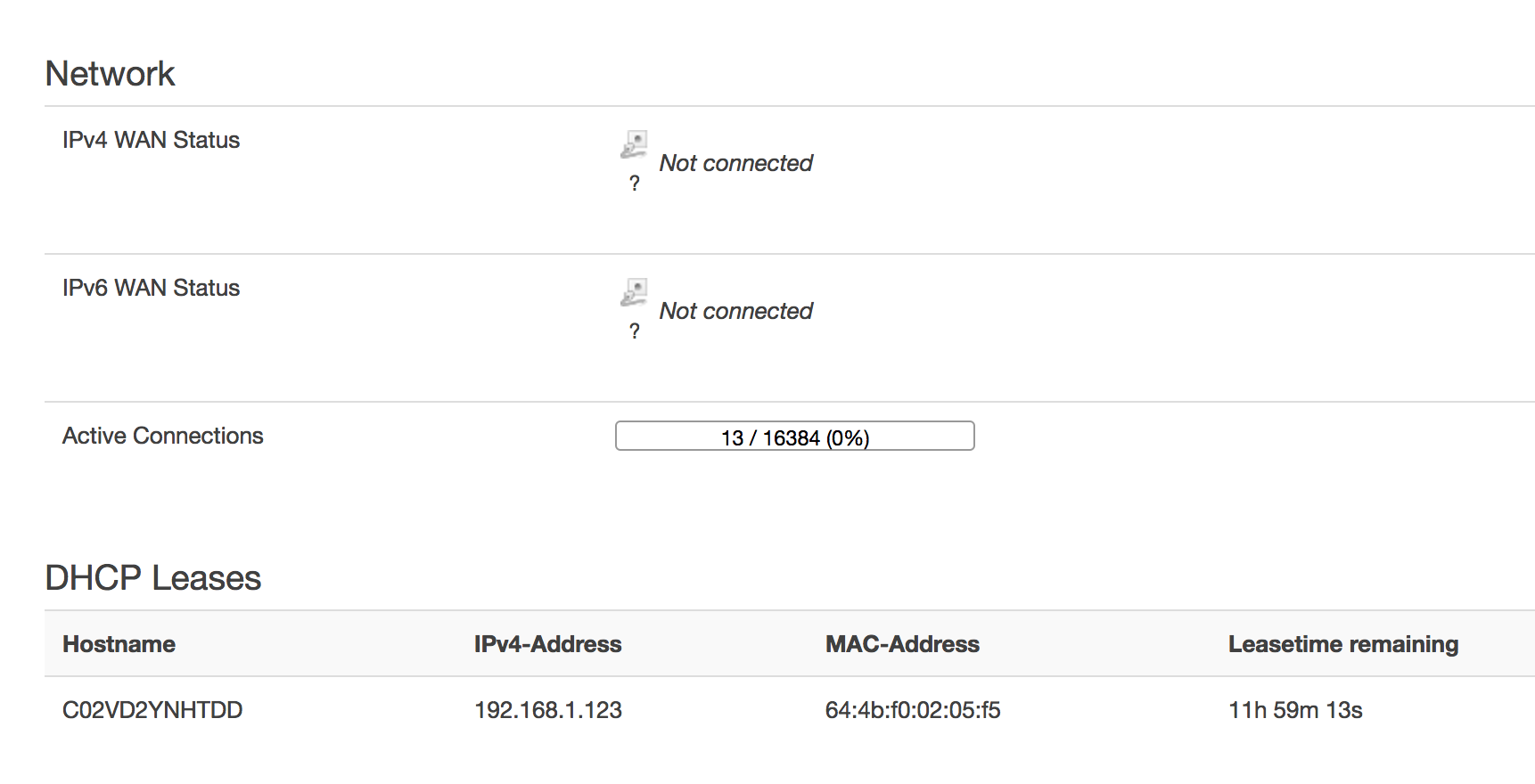 Notes: In the case there is no Modem, change to PPPOE accordingly. 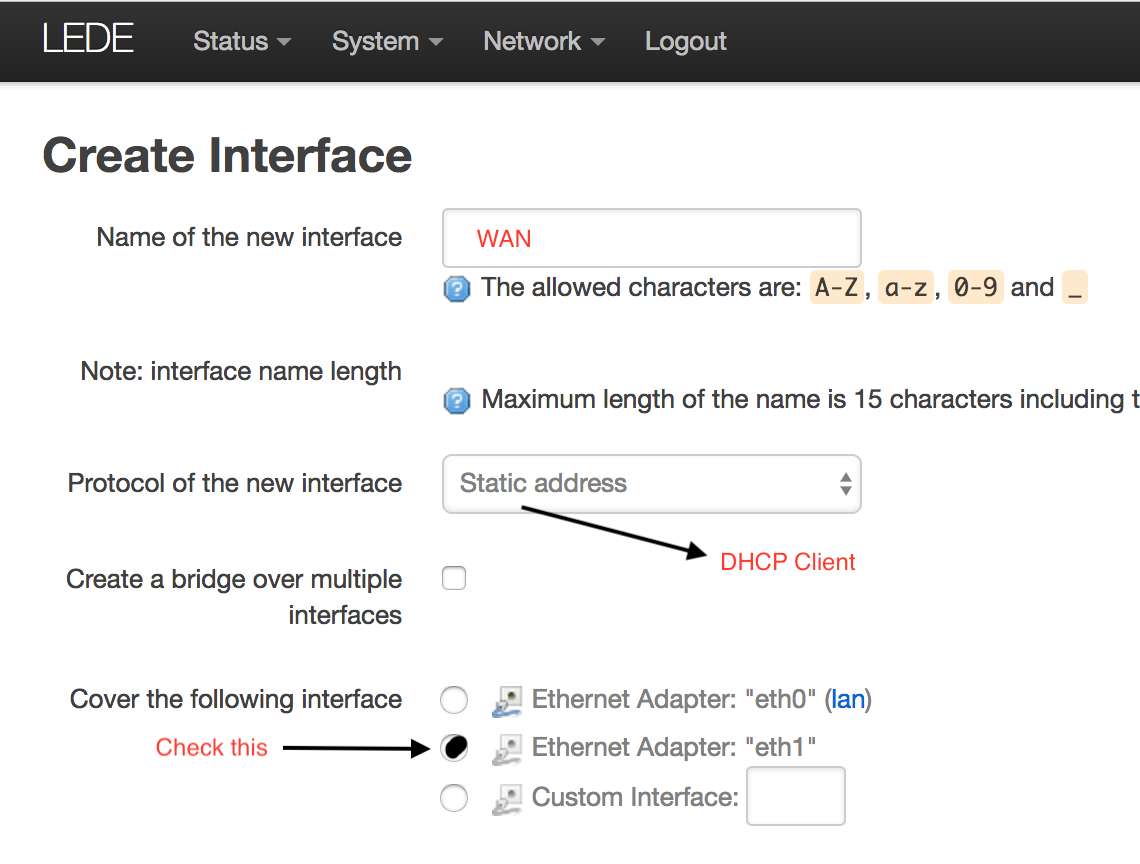 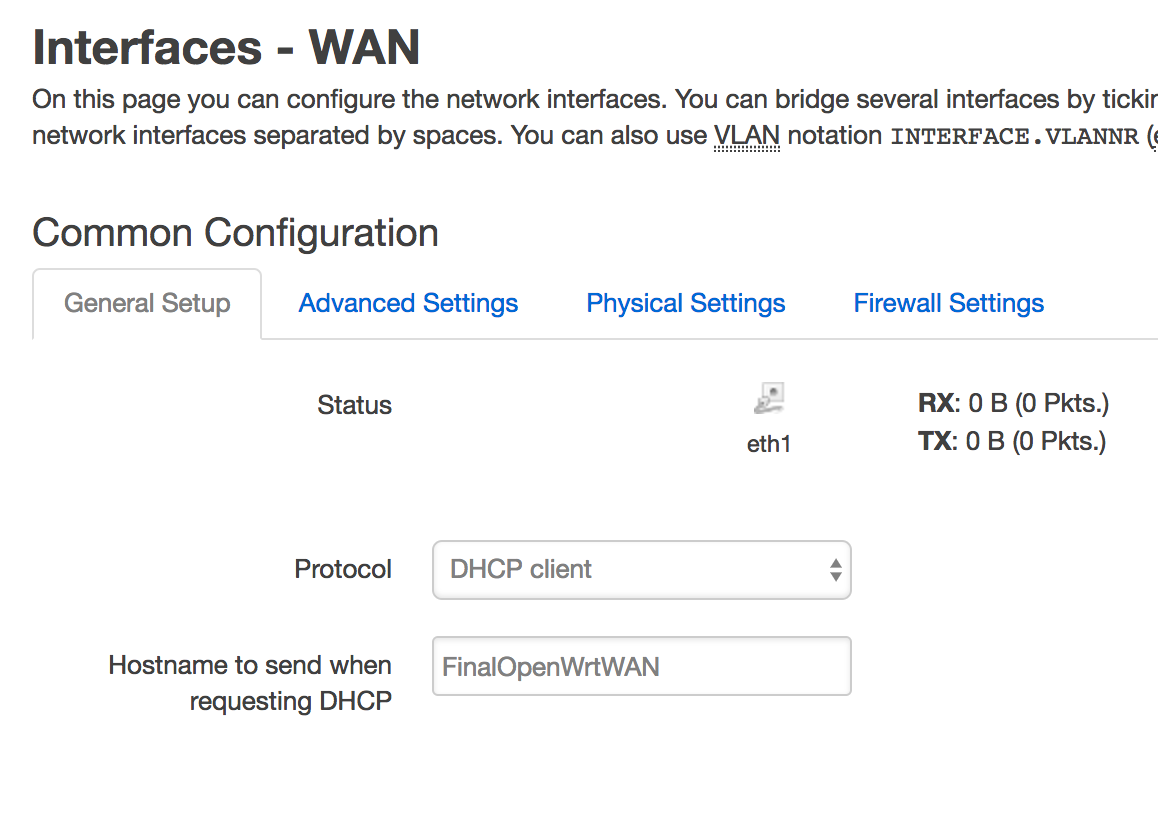 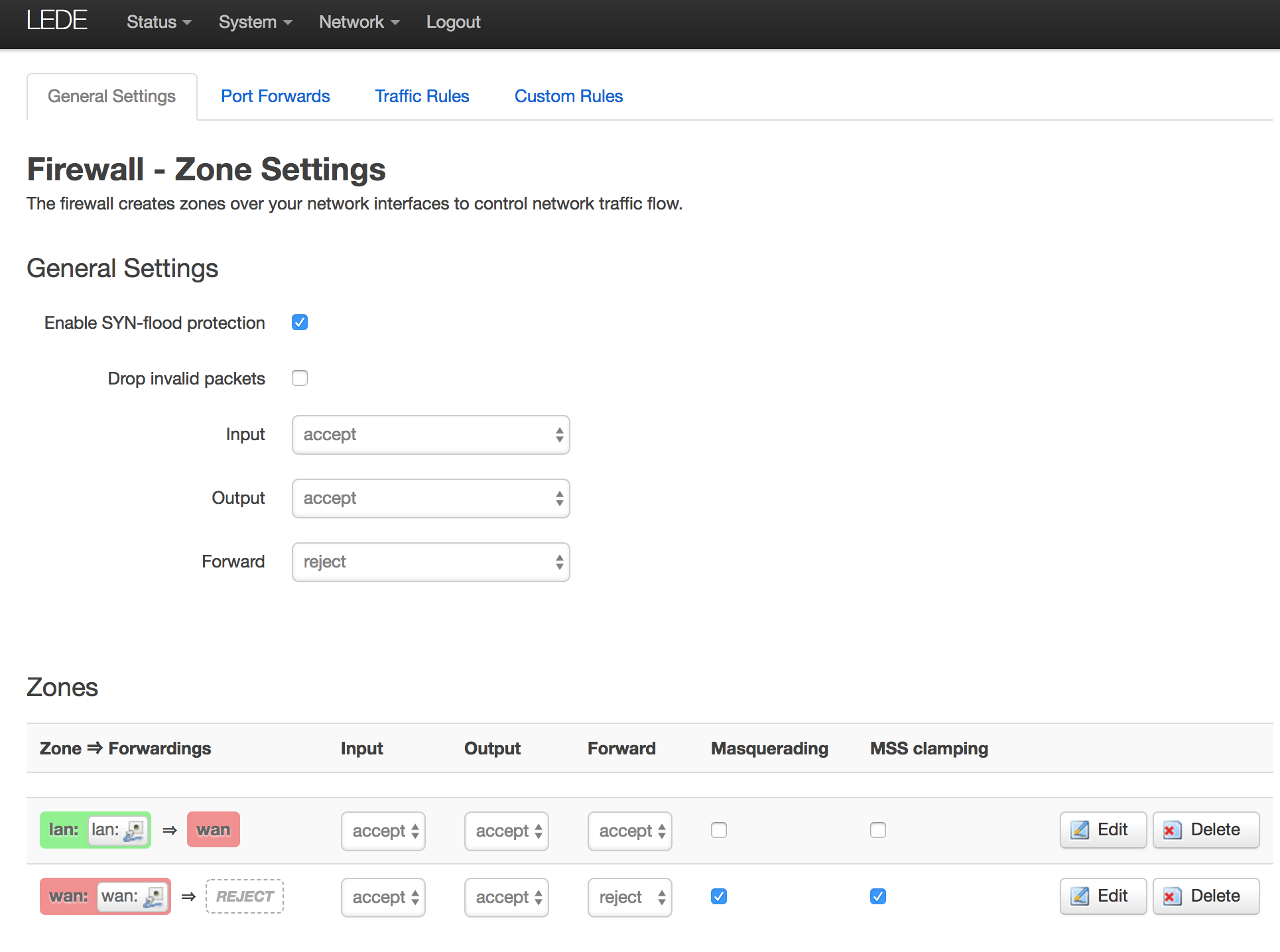 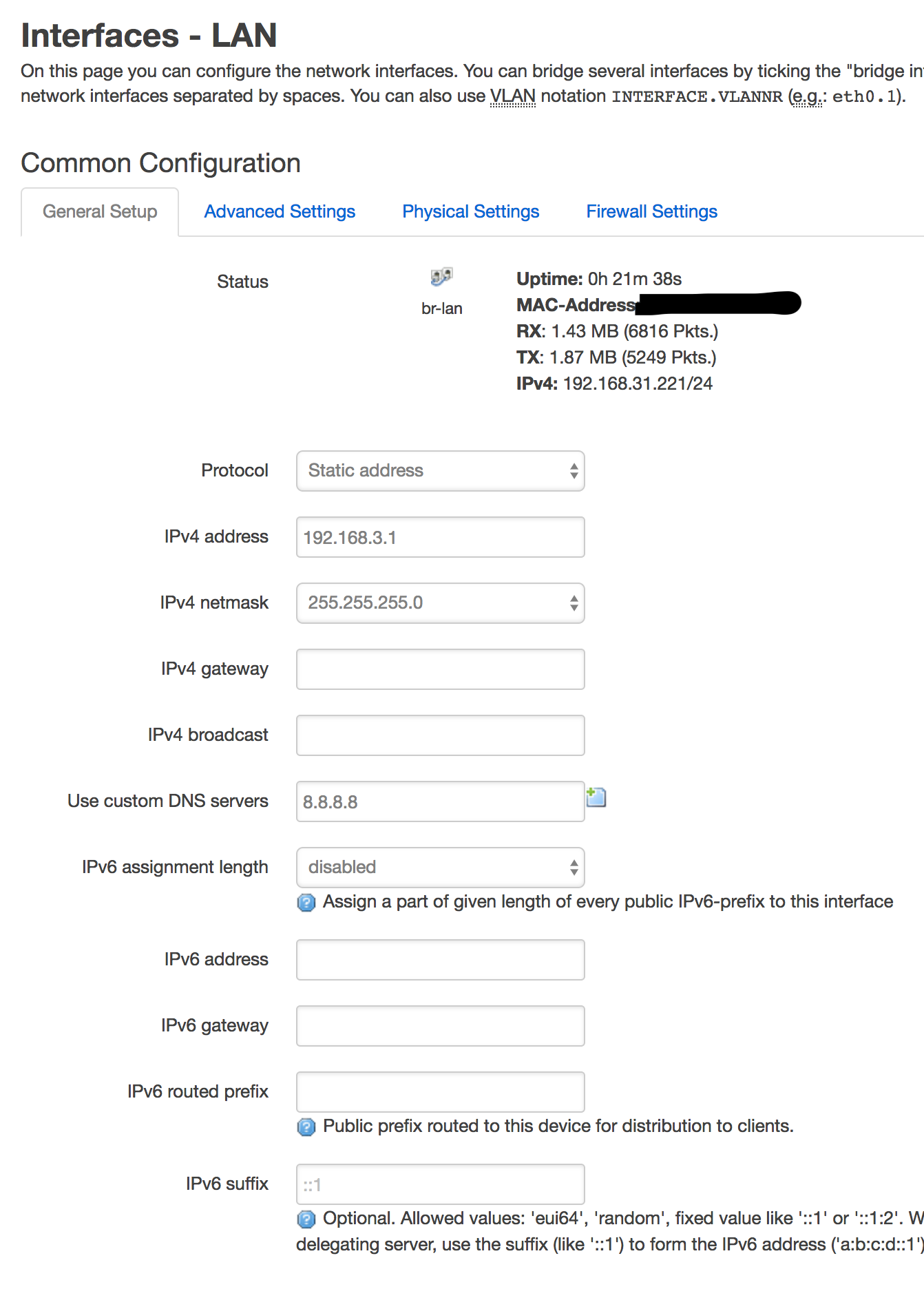 Notes: Restart Modem sometimes is necessary, otherwise it may not assign the IP again for the new Pi router. 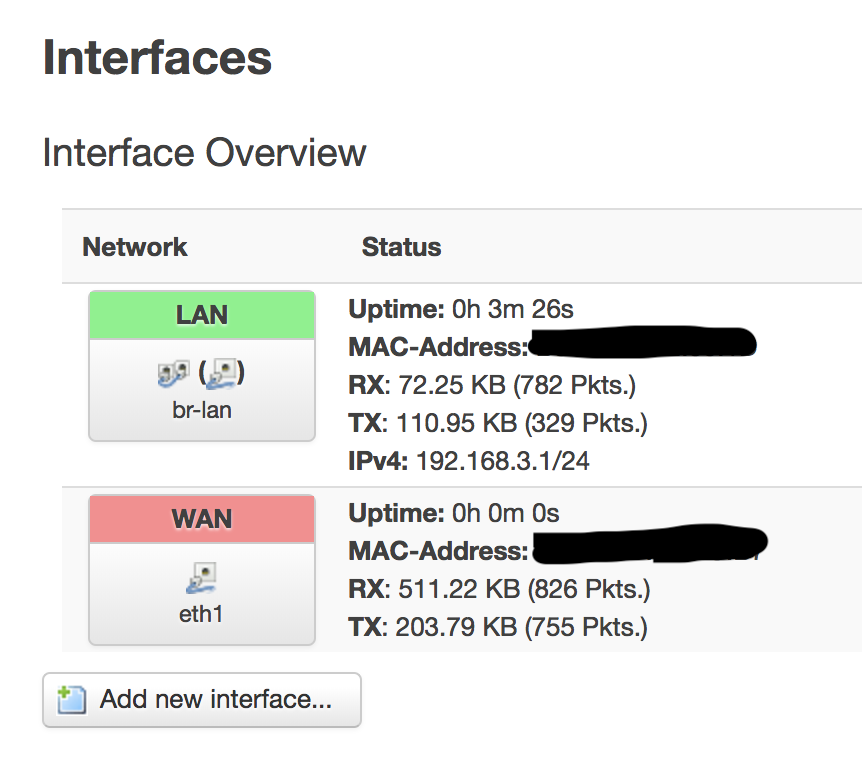 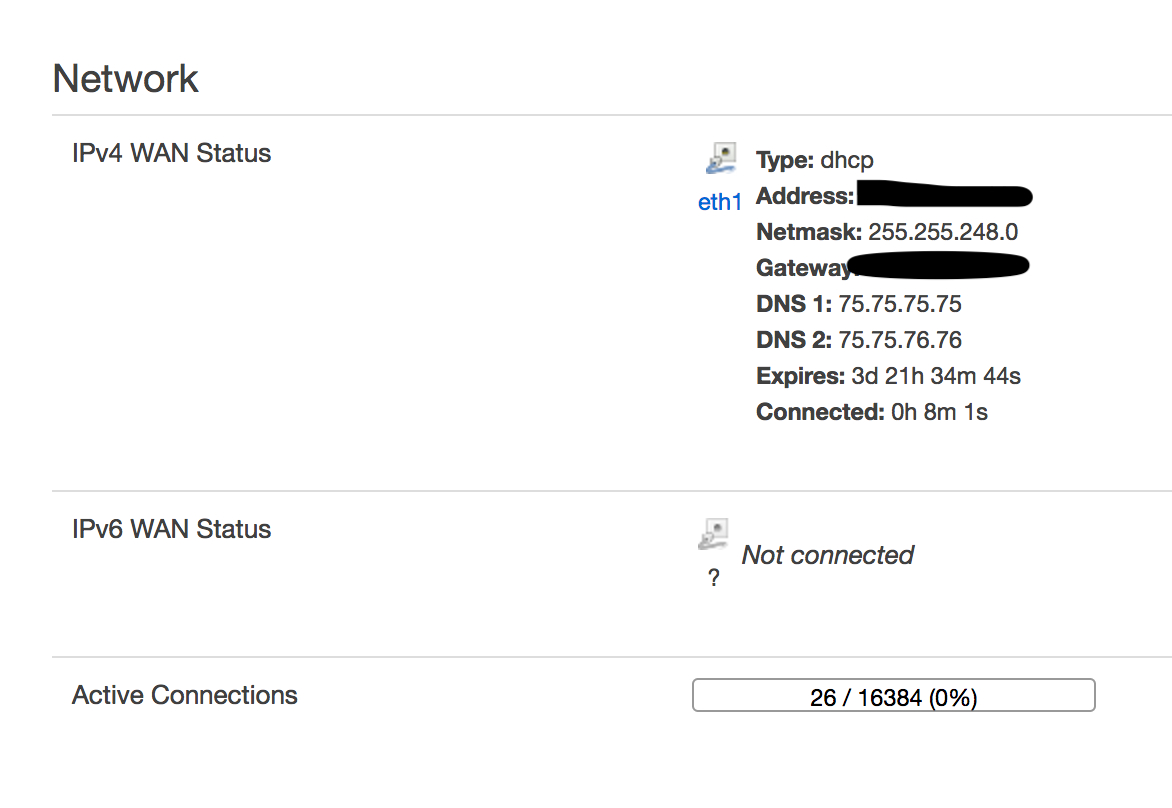 Finally, everything should be working, we can random test some websites, open the monitoring page from router UI, and just have fun :)

And additionally, let’s look at the final photo of Raspberry Pi right after setup. lol 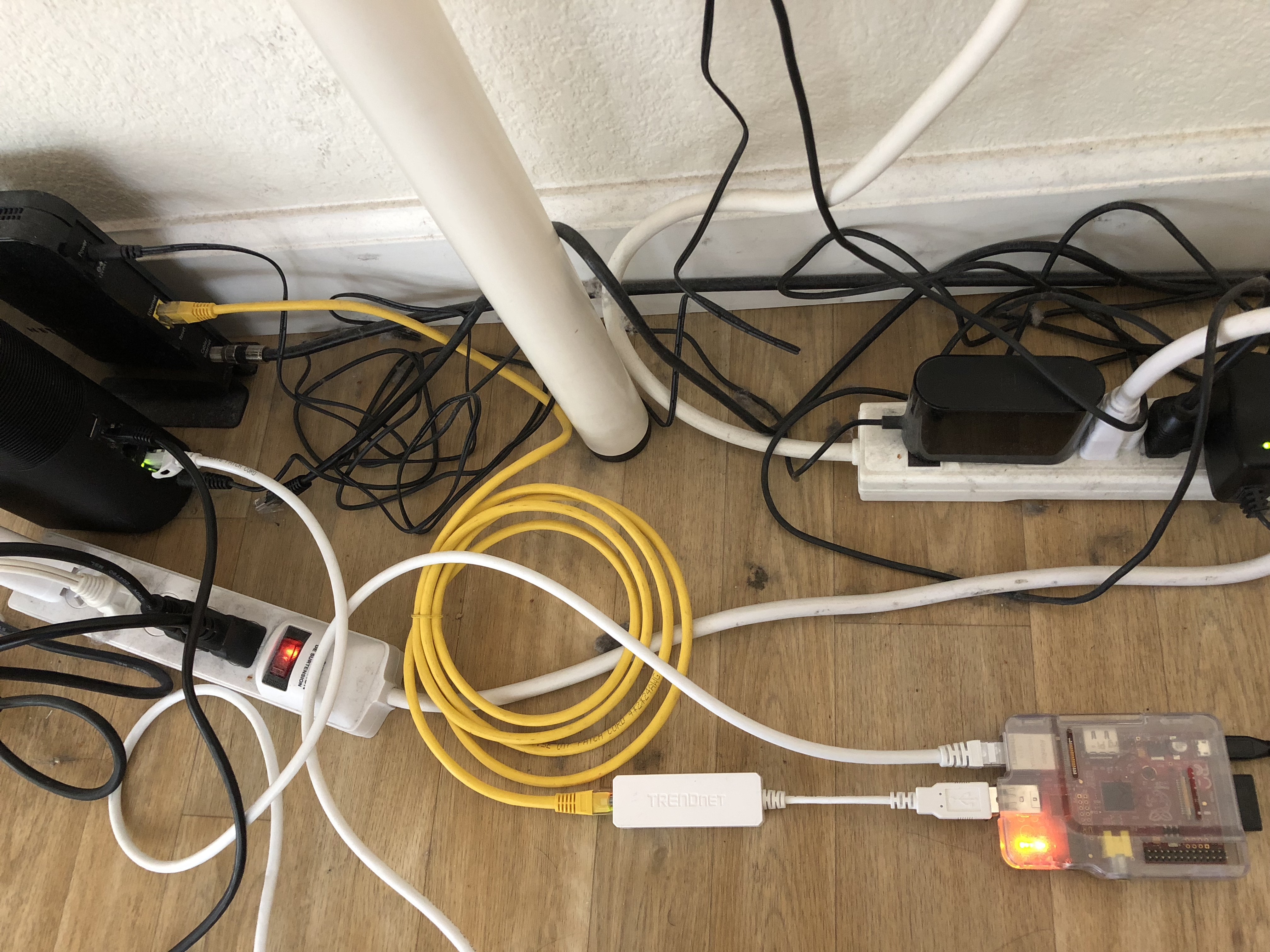 I put the raw mind mapping here, if we prefer to see the whole decision/operation more clearly, this would help :) 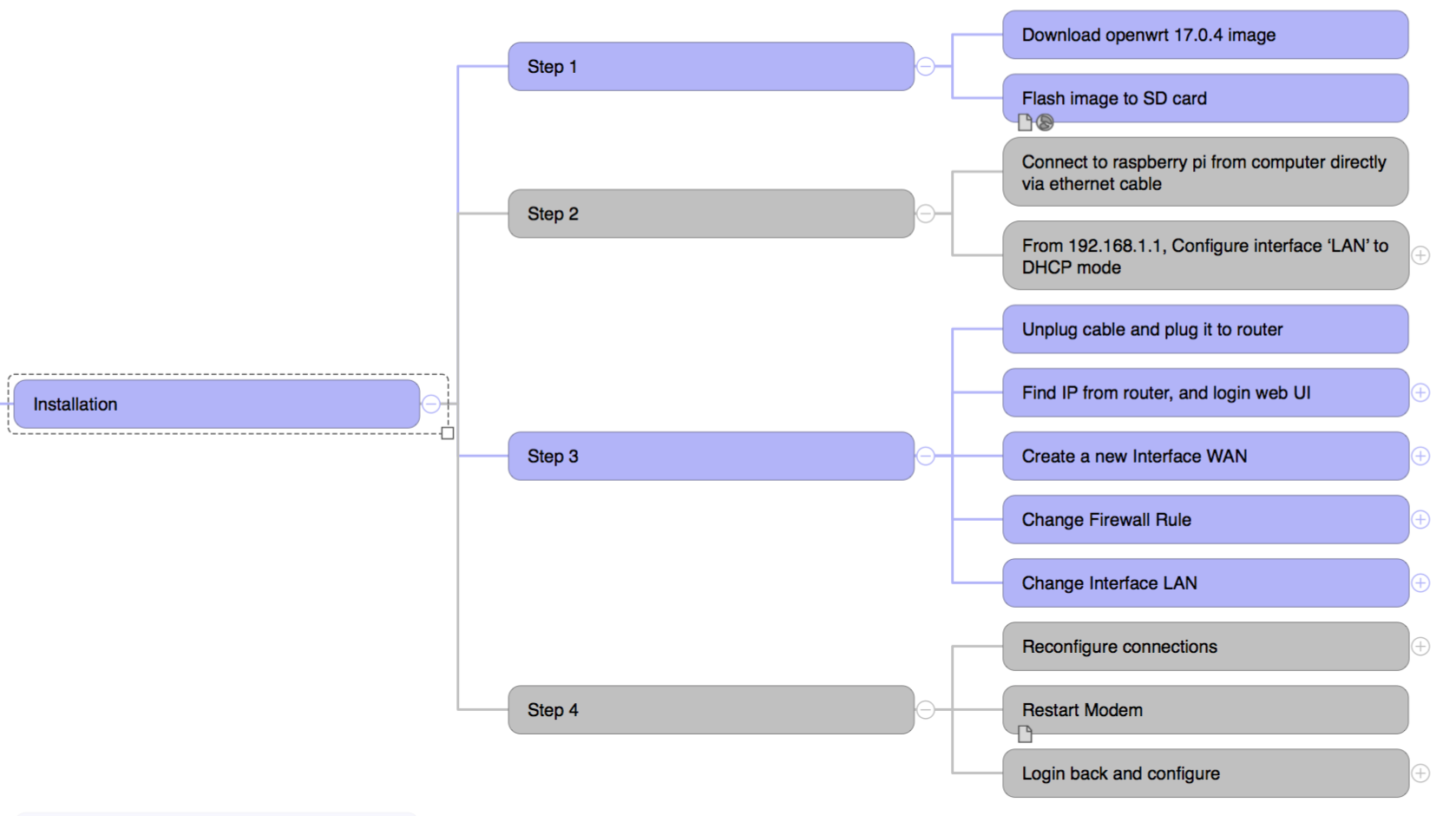