I deal with multiple remote hosts everyday, sometimes, to better understand the current network situation clearly, I want to know the RTTs (Round-Trip Time) between the multiple hops quickly without run any commands against the target hosts manually again and again, which is painful and low efficient.

In this article, I’ll share my current setup, and walk through how to detect the network RTTs in the tmux sessions, then shows it in the status bar.

For my working environment, I will login to a dev host first (as a jump host), and from there, jump to other places like database, testing machines or production machines. 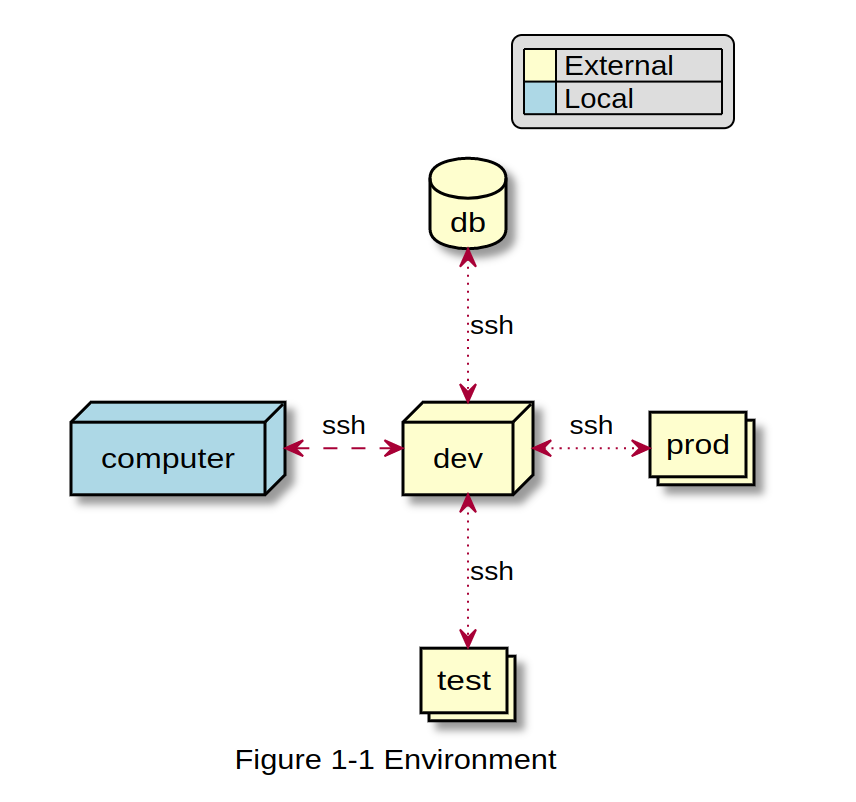 Sometimes, I also login to the machines across different regions, but a normal case is, after login to a host, then I realized that the network lag is quite noticeable, since I’m sensitive to the network lag, I will create a new session and run the ping command there.

But the process is painful and breaks my workflow, because I have to do the following steps:

So, what if I can list RTT value in the status bar directly without manually run any commands separately, that will make the process smoothly. So that I want to know the below items: 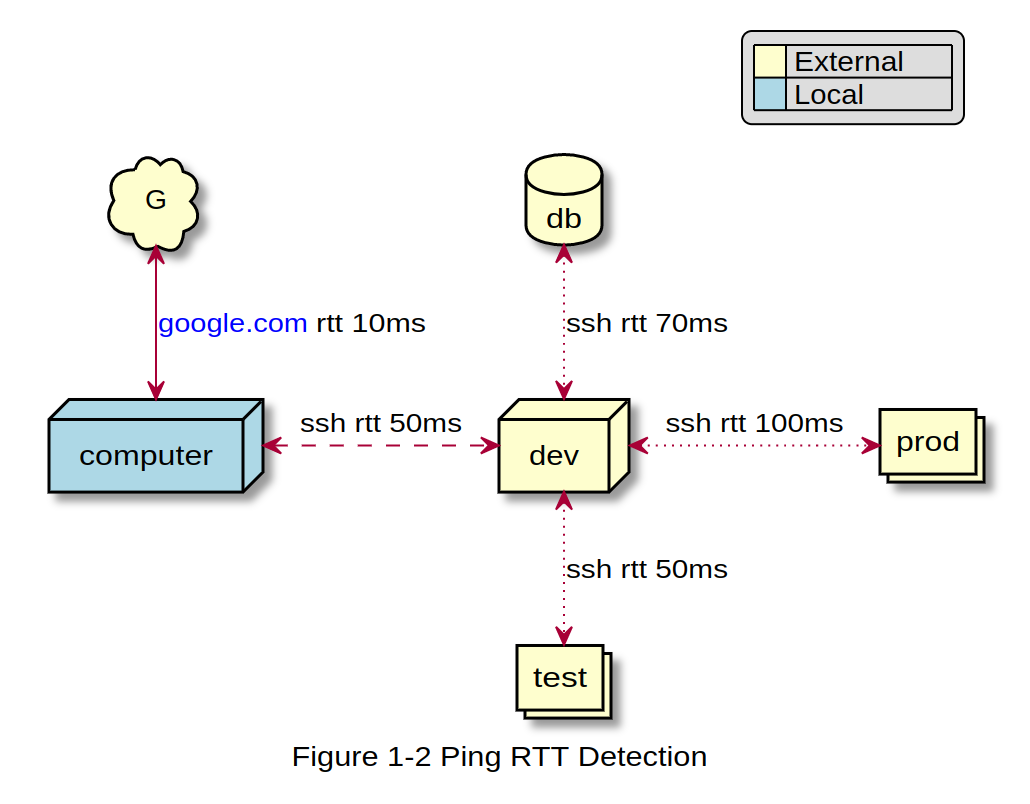 2 How to Detect RTT in Tmux

2.1 RTT Between Local to Lighthouse Server

This one is quite simple, a ping command will help us:

2.2 RTT Between Local to Remote Server

For this one, we have to figure out two problems:

The second one is the ping command in the previous section, and the only problem left is how to detect which host we connected to, then need to solve a few sub-problems:

For the first one, we can filter the process by the current tmux’s tty name:

Now, for the second one, we will use above tty name to filter the ssh process and extract the hostname from the command, then use ping command to detect the RTT, so the workflow will be like this:

The above grep hostname pattern only works in Linux (with GNU grep), due to the grep program in the MacOS is BSD grep which has different behavior in certain cases. To better align with the Linux distributions and make it works in the MacOS, we can install the GNU grep in the MacOS:

Then reload or restart the tmux server will fix the MacOS issue.